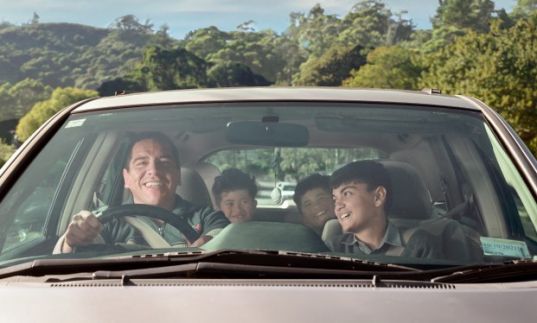 People are rolling up on forecourts around the country to freshen their cars before a smokefree law change arrives in the next few months.

This month free car air fresheners with the message ‘We Drive Smokefree for Tamariki’ are available at 75 Challenge Fuel stations nationwide as part of a partnership with Te Hiringa Hauora | Health Promotion Agency. The idea is to prompt smokers to reflect on when and where they smoke, given the damage second-hand smoke has on children, especially in cars.

“Driving with a carload of kids can be chaotic. Lighting up is a quick stress relief for many smokers,” says Sue Slater, Manager Wellbeing Through Prevention at Te Hiringa Hauora.

“We want to meet smokers in that moment where they reach for their smokes and offer ideas of how to change the habit. It might be swapping smokes for a drink or putting them out of sight while the kids are in the car. It can be tough but it can be done. It’s worth it for healthy tamariki”.

Children are vulnerable to the effects of second-hand smoke, which builds up in vehicles even when windows are open. Children have little or no ability to avoid the situation. Communities around Aotearoa have advocated for a law change for around ten years.

Challenge Fuel agreed to partner because the initiative matches its own values of supporting and enriching communities, says Cathy Cottle, Challenge’s Marketing Manager.

“Our petrol stations are independently owned and operated. Owners from north to south are joining in because they care about the communities they are part of. Keeping kids safe and healthy is just the right thing to do.”

The wider campaign aims to raise awareness before the law change. From 28 November 2021 it will be illegal to smoke or vape in vehicles carrying anyone under 18, under the Smoke-free Environments (Prohibiting Smoking in Motor Vehicles Carrying Children) Amendment Act.

“It’s not just smokers we’re talking to, it’s their friends and family too”, says Sue. “Tamariki wellbeing is something everyone can act on. It's about our tāonga. Protecting future generations”.