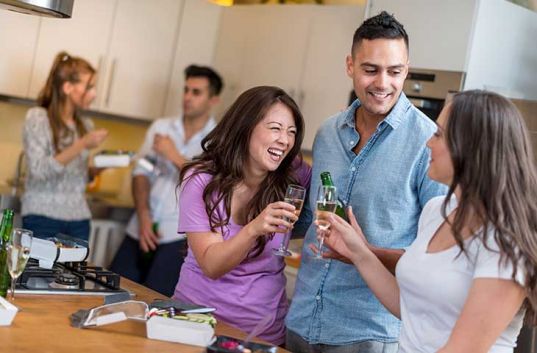 This report describes behaviours and contexts around the most recent occasion that drinkers consumed at least two alcoholic drinks (the ‘last drinking occasion’). Results were from an analysis of the combined 2013/14, 2014/15 and 2015/16 Attitudes and Behaviours towards Alcohol Surveys.

Findings include that males and older people were more likely to drink alone on the last drinking occasion and the three most common drinking locations were the home, a friend’s house or a pub, bar or hotel. Risky drinking was more common at a friend’s house or at a pub, bar or hotel compared to at home. The average last drinking occasion lasted for 3.9 hours but was longer for some respondents, including risky drinkers and Māori and Pacific respondents. Those who drank at more than one location were twice as likely to drink at a risky level than those drinking at one location.